The difference between normal cable and waterproof cable

As we all know in the classification of motor cable, divided into normal cable and waterproof cable. The essential difference between them is the waterproof performance, the result is the difference in price.

Normal cable is a guide to the cable out of the plug-in is scattered, the test requires each docking. Interface of the waterproof performance is relatively weak, the normal cable has three cores (three main phase cable), eight cores (three main phase cable + five Hall cable), nine cores (in the eight cores on the basis of a white tachometer cable), and even the gearless motor use 15 cores of double Hall group cable. 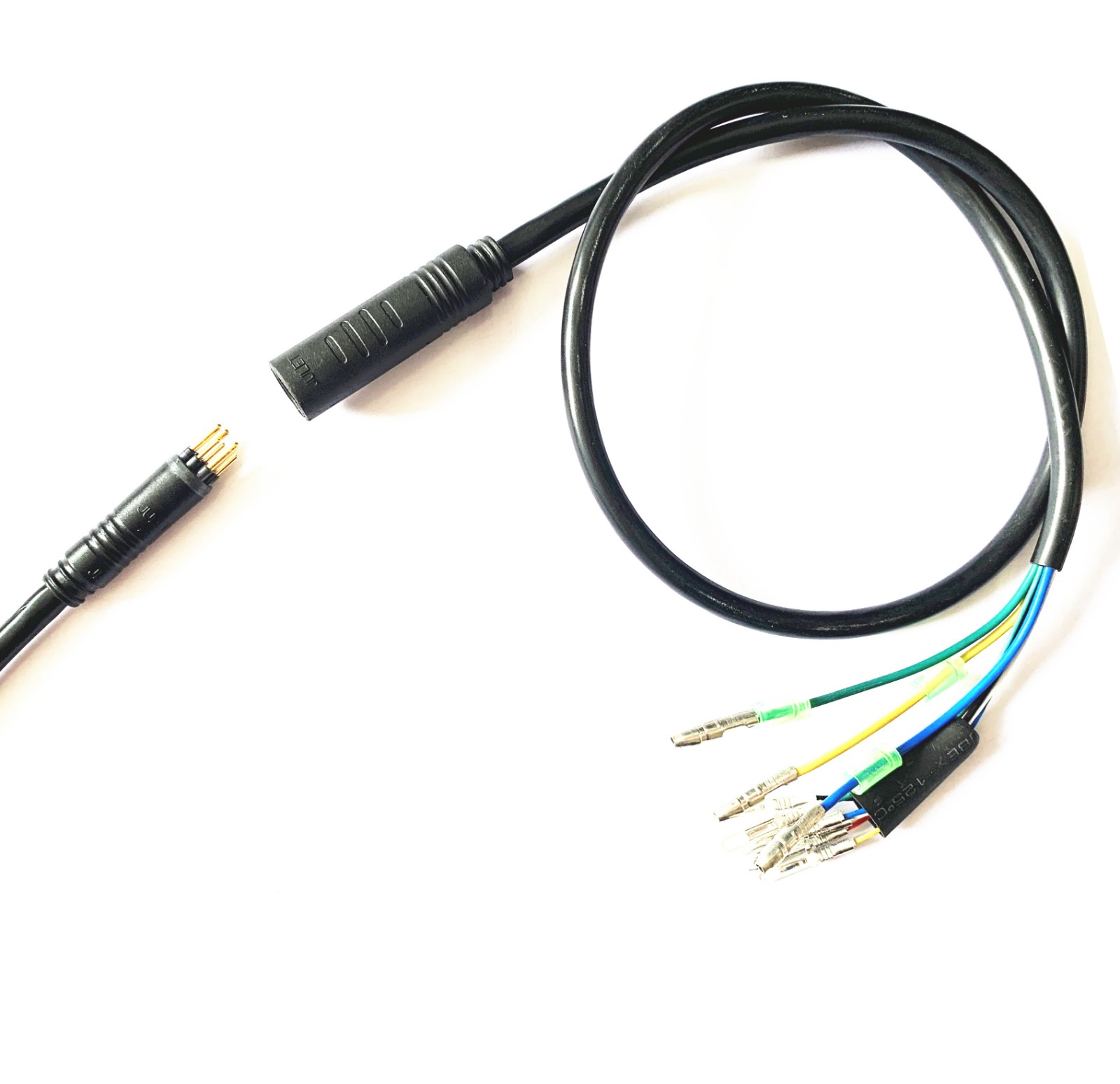 Waterproof cable according to the number of different cores, the interface is also different uses. For example, the brake handle is a two-core waterproof cable, while the throttle and PAS with three-core cable, in addition, the torque sensor and combination switch with four-core cable, instrumentation and throttle（with power display）using five-core cable or six-core cable. In general, we will communicate with our customers to understand the features they need and recommend accessories.

The definition of our motor cable is the same as “Bafang”, detailed information as shown in the picture. Here is a special reminder that the definition of the cable above the controller needs to match the motor with each other. We offer a custom service here, help purchase customized waterproof cable of electric bike motor kit according to customer's demand.But need quantity and give us enough time to order.